With the recent debates on the US presidential election we felt it presented a good opportunity to do some text analytics on the second presidential debates. We used the links in the reference section below to do most of the analysis and the results are presented as is. The intention of the post is to show how it is possible to do interesting analytics in the MSBI Stack and nothing else.

First we used loaded the transcript into MS SQL Server and then used Term extraction to extract words using the default settings of the transformation. 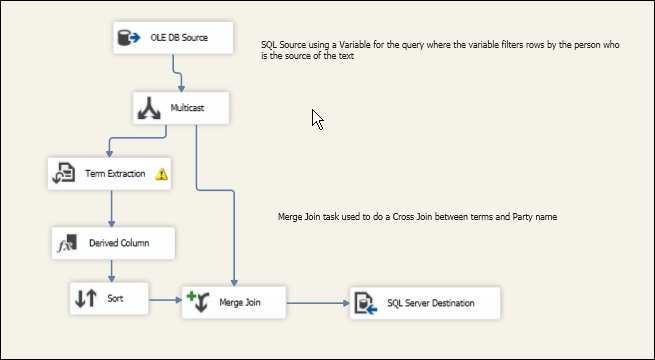 Once the terms were extracted the rest of the analytics was performed on PowerBI portal after downloading the Word Cloud App, link in the reference section. 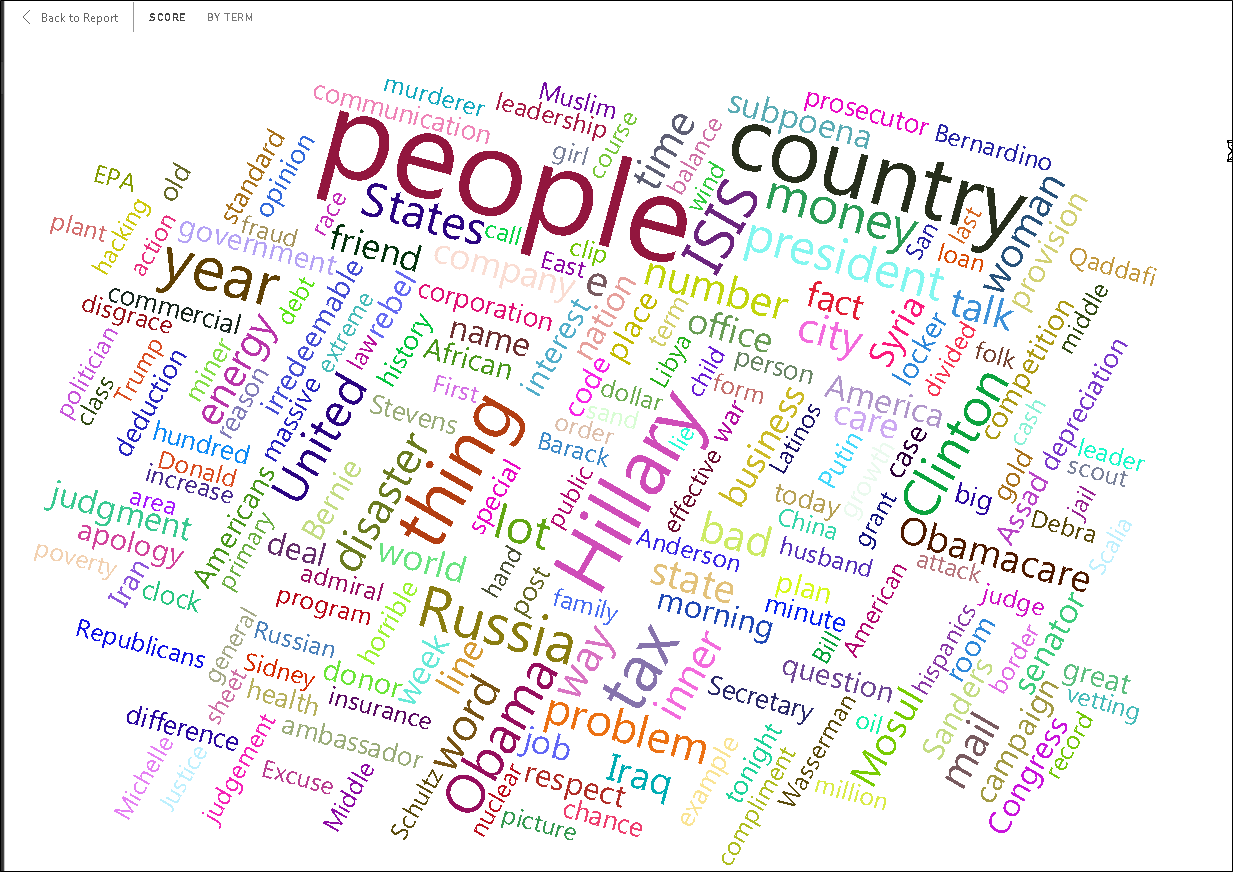 At first glance its obvious “Donald Trump used a lot of words, ” 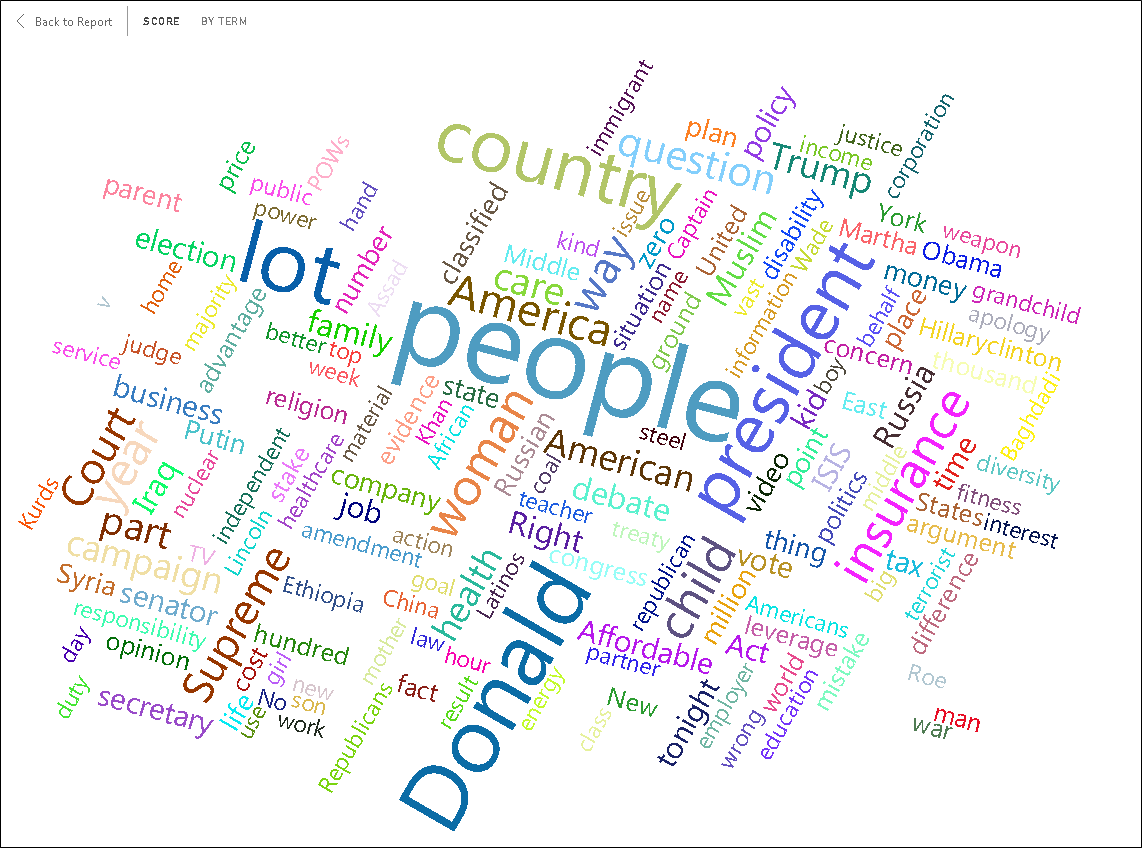 Most frequently used words for each candidate by Score

We used a list of positive and negative sentiment words from twitter to analyze which candidate used what kind of words and trump is the clear winner for negative words 14/3 while both are evenly matched for positive words at 5/3 for Clinton.

There are some interesting other points to note like Donald Trump uses a lot of words that revolve around Terror and ISIS while Hillary Clinton used a lot of words relating to Healthcare and the Supreme Court.

Hope you found this Post interesting and full disclosure we haven’t actually heard the debate since that wasn’t the point of the exercise it was just trying to use a machine to summarize a debate and provide unbiased text analytics.