A quick post for an annoying problem that creeps up with Visual studio. I get this issue occasionally and it has to do with the TBD files used to build the visual Studio toolbox . Previously we would not encounter this issue since BIDS used a different UI but from SQL 2012 onward the SSDT is tightly coupled with the Visual Studio IDE and as a result share a few problems that is commonly encountered by Application developers.

The bottom line here is Visual Studio starts fine and even loads the solution explorer but crashes as soon as the toolbox or any designer view is selected. The fix is simple you just need to delete any TBD file other than toolbox.tbd in the below folder. 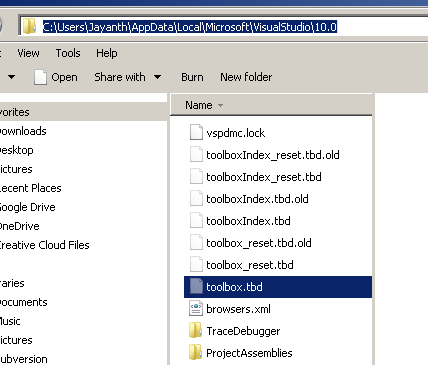 This causes VS to rebuild the toolbox again.