In this last post (after which there will be a video explaining how to bring all this together in Power view) I cover how to convert geo coordinates from 38° 53′ 55.133″ N to Decimal Coordinate system 38.898648. You can find the previous posts here.

The calculations is fairly simple the sql for it is mentioned below.

We add one more DFT to the package which will fetch the recently uploaded data and then calculate the decimal representation of the Latitude and Longitude to store within a new column for Geography datatype. 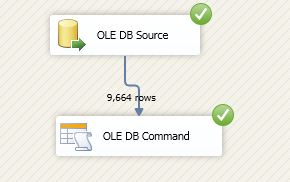 I have configured the OLEDB command as shown below 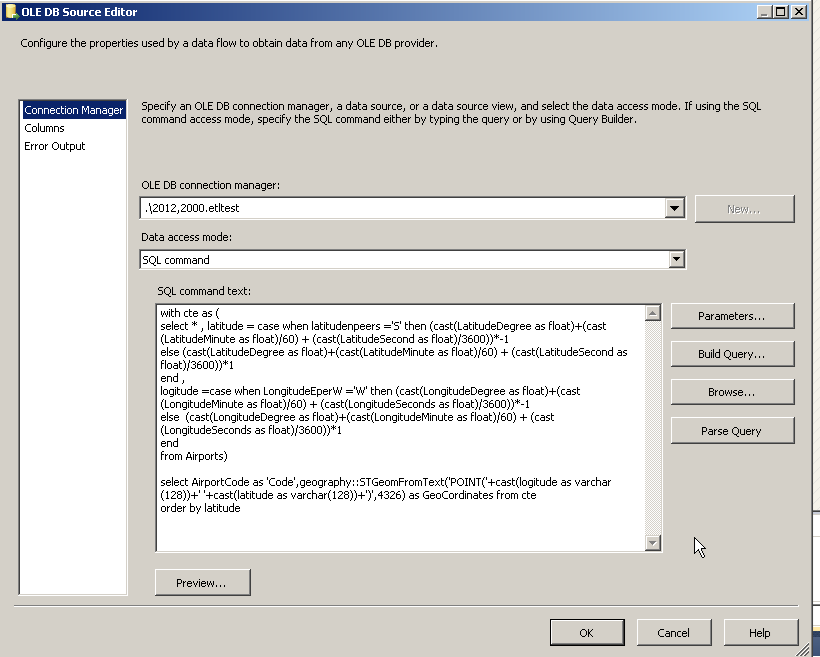 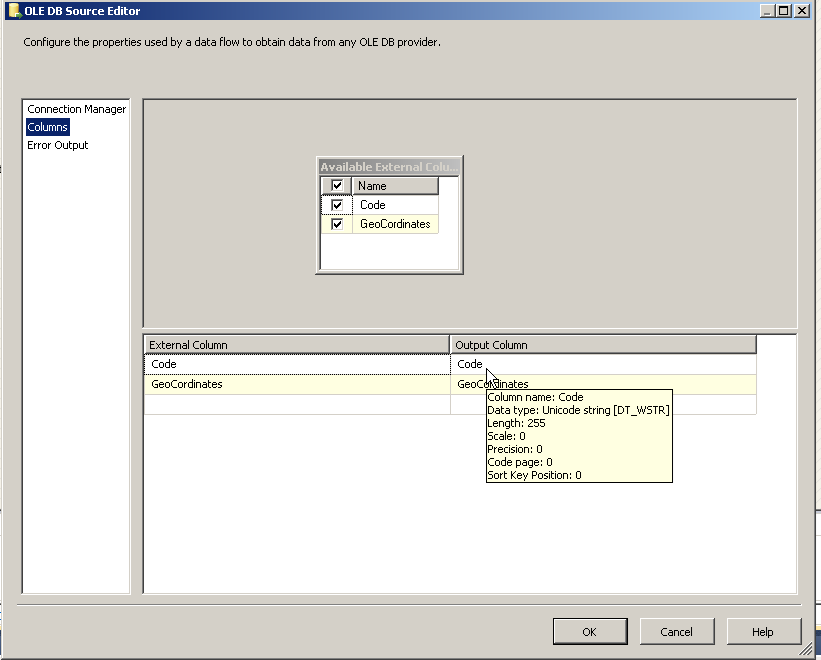 The OLEDB Command is configured as shown below 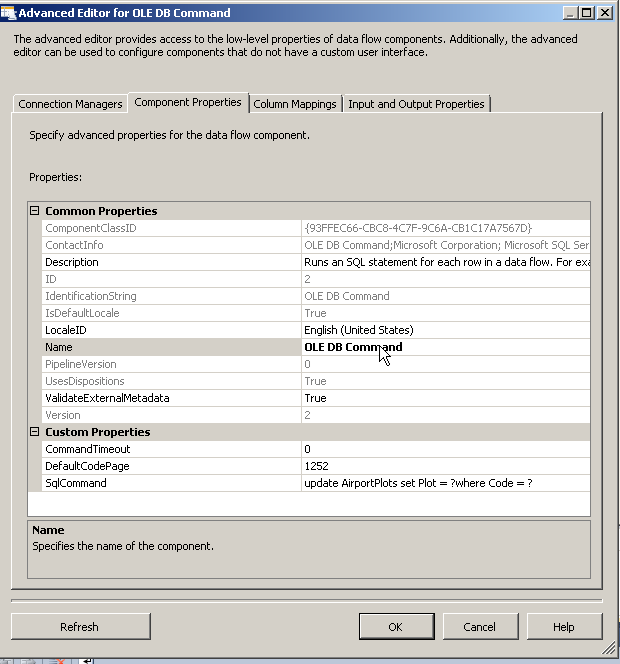 Note I am using the same Connection manager as the previous posts and just updating a geography column in a new table. You may simply add a new column to the exiting table if needed.

Next we define the values for the input parameters (the questions marks within the OLEDB Command where the update statement is being run.) 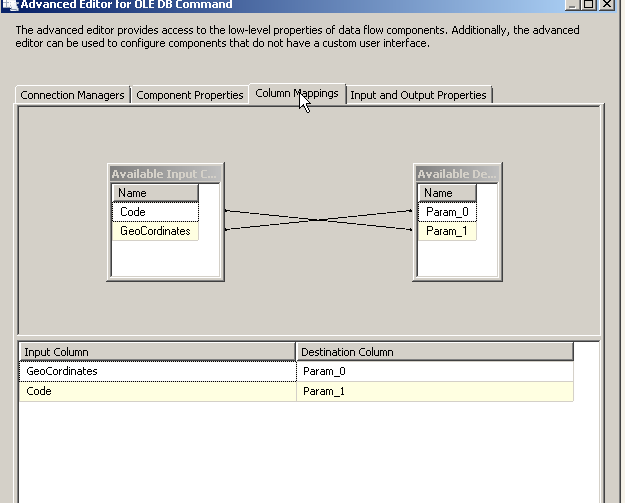 Parameters are position sensitive so the first question mark represents the first field within the update statement and thus need to be mapped to the second column which is the output of our OLEDB Source i.e Coordinates.