This might some as a big relief for those who use ODS for Reporting. Previously we have the following limitations with the below types of indexes

not so great for OLTP workloads because it was severely limited by the fact that it prevented DML operations. But it did support the creation of traditional indexes so it gave the best of OLTP seek like behavior and DW batch like behavior.

Clustered Columnstore Index CCS – Good for DW operations but didn’t make the table read only and therefore was able to support OLTP workloads as well. However it was the only index allowed on the table and therefore queries that could have benefited from a traditional index were affected.

What about space usage and IO?

When it comes to the space used NC_CS index naturally is at a disadvantage as shown on the below table. To find out I loaded A 3.4 million rows of Airline data to represent a typical Fact table of 30 + Columns. 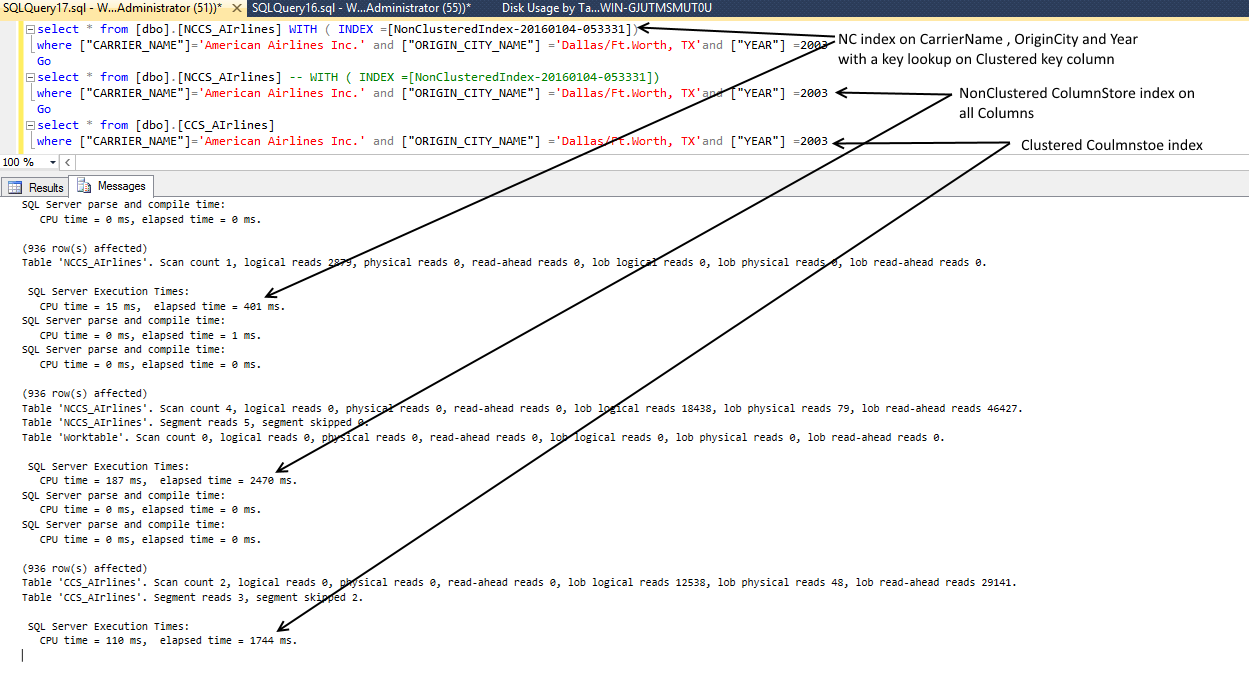