This post has to do with how we sometimes loose the tree for the forest (no this is not a mistake), I had written a blog post sometime back about game theory and how it can help decide the outcome of certain business cases. I came across two instances in the last week where game theory won over the end user. If you remember my last blog post you would be aware about how in economics the best thing for the industry is to pursue what’s best for the individual instead of the collective good. In other words, it pays to be selfish.

I was recently having a discussion where we were evaluating the cost benefit of having a Diesel generator vs. an invertor. Here are some facts

I have an invertor at home which has been used for 5 years now, the additional load of the invertor has increased the electricity bill by 200 INR/month which translates to 2400 INR per year (This is even when the power is out for 4-5 hours a day during peak summer).

Now here is my question:


If you live in an apartment with 250 flats and you have an invertor for personal use and a genset for common area (lighting, STP and Lifts) your bill would be 200 INR (inverter cost) + 133 INR (diesel costs) = 333 INR per month as opposed to 762 INR per month. In order words, you can buy a brand new invertor every 2.5 years. In addition to this, you also have the advantage of not having to pay the maintenance bill while you are away on vacation for a month or if you and the Mrs go to work during the day you don’t need to pay for the time the invertor is running during the day time which in Bangalore is when most of the power cuts happen.

Here are some more facts for your consideration, the price of diesel has almost doubled in the last 5 years 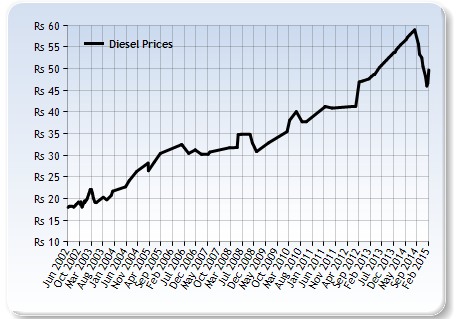 Avg duration of power cuts in Bangalore, you will notice I grossly underestimated the Avg to 1 hour per day when the truth is it’s typically 3 hours per day. 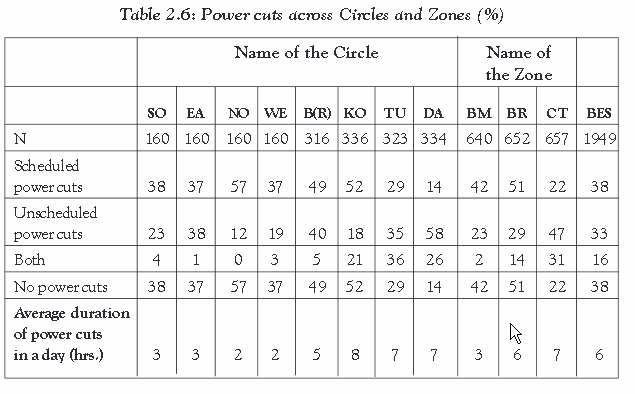 This is from an official government report published in 2013.

So in conclusion, fuel prices are going to go up, as summers get hotter the available water to run Hydel projects will reduce resulting in more frequent power cuts, the population of Bangalore will increase in the same rate as the last 3 years increasing the gap between supply and demand.

Now imagine if everybody who read this purchased an invertor and then went on to donate their invertor to a poor family after 3 years and bought a new one with the money saved. We could potentially rid Bangalore of an energy crisis within 10 years not to mention cleaner air with fewer gensets running.

So coming back to my question, Why do so many apartments have Genset instead of Invertors?