Let us looks at the credit card table from the adventure works database which we have imported into our Datasource view. 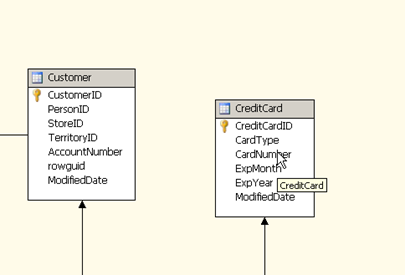 As we can see here the table contains a credit card number column which is sensitive information and not required in order to analyse the sales data. Here it would be good idea to remove this column entirely from the cube data source so that it can never be referenced further downstream. There are options option to make sure the column is not available to users even after creating the Datasource but we should ideally try to start off with just enough information as required instead of fetching everything and then eliminating rows later. 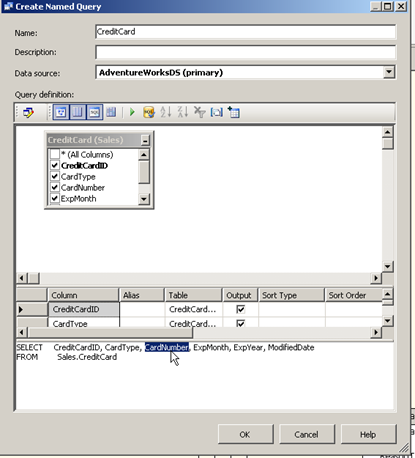 The data source view windows will no show the table without the credit card number column.


Another area where named queries are very useful is in their ability to behave like de-normalized views. For example in the Datasource view that was created for the DemoCube project we imported the orderheader and the orderdetail table. The order header table represents the order number and metadata about the order such as the customer who placed the order etc., the order detail table stores information about what items were ordered and their metadata such a unit price etc. It therefore makes sense that there will not be any order lines without an order header. We can therefore de-normalize the tables into a single named query called order details as shown below.

Right click and select the option to replace table with named query on the Sales order header table. Then in the below windows click the button to add table as shown below and add the table. 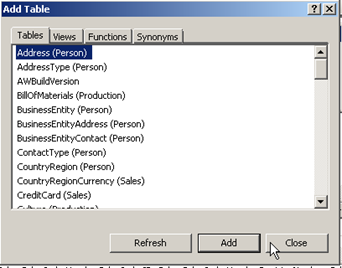 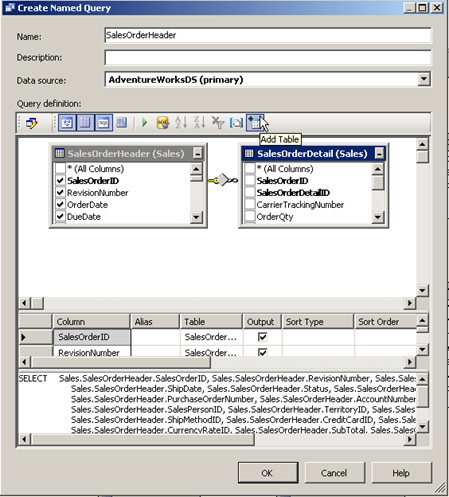 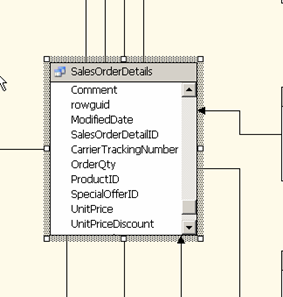 At this point we see the column from sales order details are not reflecting in the SalesOrderDetails named query. We therefore no longer require the original table within the Datasource view. So select that table and press “delete Table from DSV” 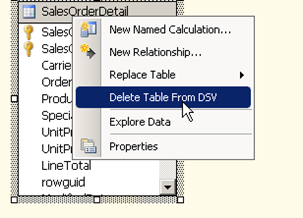 In the next post we explore how to add new tables and defined relationships within the DSV when non exist.