It’s finally out and it’s going to be awesome but there is only one way to find out, so here is the very first step, installing SQL SERVER.

The trail version CTP 2.0 can be downloaded from the below link. You have four different installers.

In this post we are going to start with the very first one, which is SQL for Windows. You can run the online installer or download the media to install on other devices etc.

As always the first screen is the bootstrap as shown below 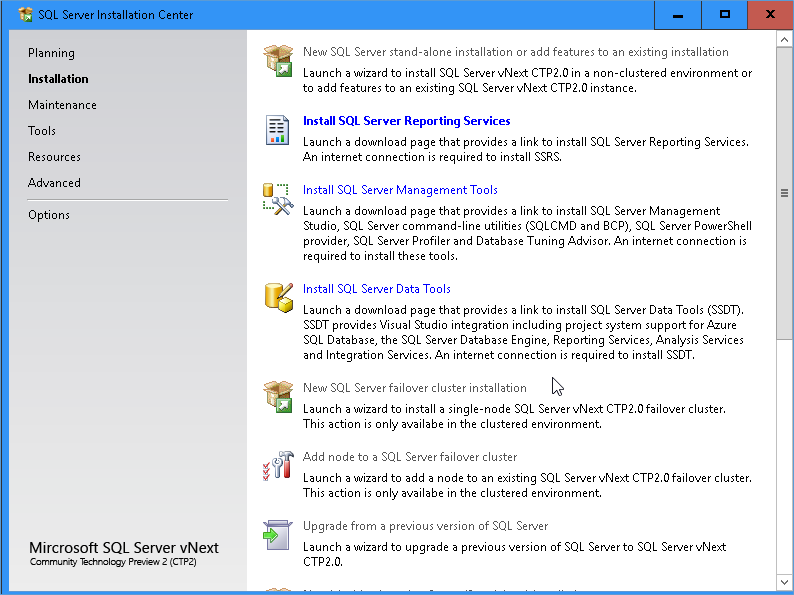 Next is the license screen Next is our pre install checks Bit surprised to see Windows 2008R2 and windows & in the list here, I am wondering if official support will be offered for these OS during the actual launch.
Next we look for updates which in my case I have bypassed for obvious reasons. The next step is install rules 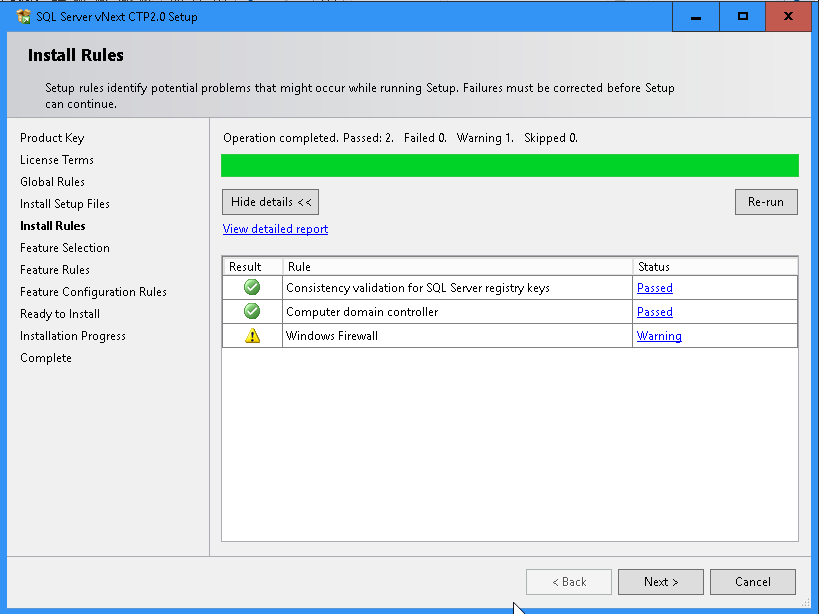 In feature selection we see a new addition for Java Connector for HDFS data sources. Not much else has changed as far as feature selection is concerned but we are still far off from actual launch. Next we have feature specific rules , at this point I noticed that certain screen were being skipped even if the next button is pressed once , luckily for us there isn’t anything really important in these so far.

The above KB article is for installing on windows 8 OS and contains critical updates and security patches, I doubt you would see the same in a production environment. Next we have the service account details, I am using the defaults, Considering the benefits given by Volume maintenance permissions I think it should be enabled by default.

Not much has changed collation wise either. 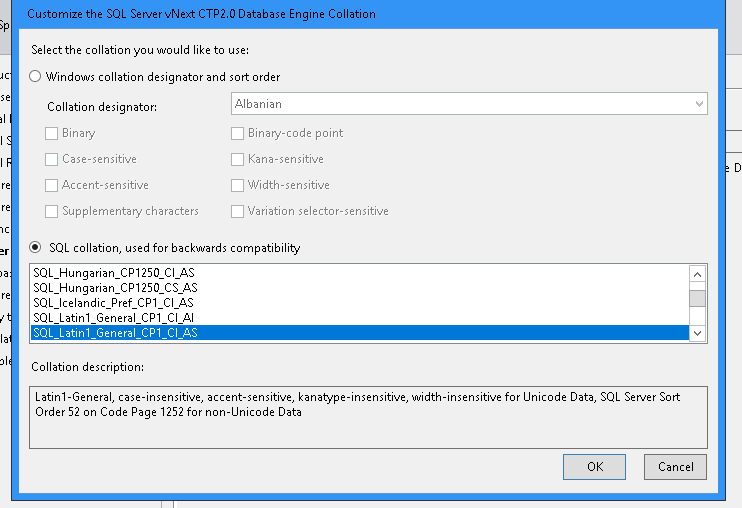 Leaving everything at default for now. Next is the screen where security settings are implemented and here again we don’t see much change in the way things are implemented. I was wondering if this screen needs to be revamped to allow backup encryption keys, security enclaves and DAC and Contained database features by default. Basically the onetime security features we end up using anyway. The above screen is for file paths and I feel maybe it is time we added multiple file paths by default for data and log files, I see many customers have implemented large installations of SQL SERVER and the benefit for multiple drives is well understood, by allowing us to actually do it during install things might actually get done proactively than after the tables become huge. I am thinking something like below.

Next we have the TempDB configuration , not much has changed in this screen as expected.

And the last screen is the FileStream access, again not much has changed here either.

Next we have the confirmation screen and after hitting install we are on our way. As expected there isn’t much difference between the install screens but that is because this is still a preview and the real changes will come later. But for the most part the really changes are within the database engine so I doubt we will any major changes are far as the screens as concerned. A minor problem we face after install is that older SSMS will not work with the new version of SQL as expected. Preview version of SSMS 18.X can be downloaded here.

Please note this doesn’t upgrade older version of SSMS and my laptop is getting cluttered with all these installs, guessing MS needs to invest some time to find a better way to make these changes.